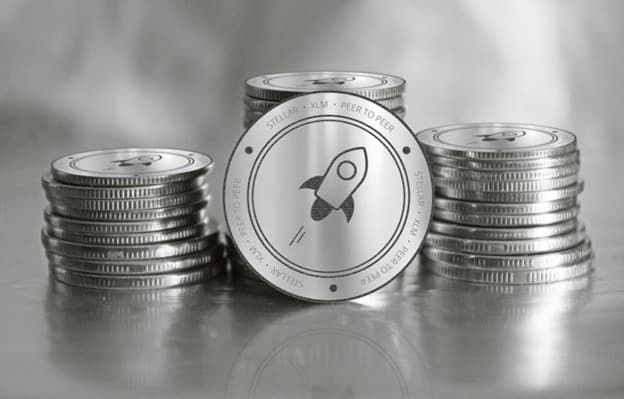 Stellar is a secure and open platform through which the users can shift or store the assets of value. To be financially inclusive, the platform has adopted decentralized blockchain technology that enables its users to connect with financial giants, providing access to different payment modes. Through financial expansion, the platform has made monetary transactions inexpensive, quick, and reliable. The native currency to the network is called Stellar Lumens, allowing multi-asset trade within the international community. This facilitates instant processing of the payments with fewer transaction fees.

How and When Stellar Lumens was Introduced?

Stellar is a nonprofit company that primarily aims to provide financial benefits from the giants of the industry, promoting the overall growth of the consumers. The platform permits global payment options and transactions with minimal processing fees. To promote financial literacy and easy negotiations, the network has also introduced native tokens, Stellar Lumens (XLM), that act as intermediary currency in the cross-border trades through currency conversion, similar to PayPal.

The platform has initially launched 100 billion and authorized every user through Facebook verification to credit the early adopters’ total sum of 5000 XLM as part of the early offer. The platform charges only 0.0001XLM, which takes less than 6 seconds to complete the currency’s conversion from different countries. As it supports all kinds of transactions, the total reserve increases by 1% each year, making it an inflationary currency without profit-making goals.

Stellar Lumens are easily adaptable for different types of transactions. It is a great channel for making instantaneous payments, including micro-payments, which usually have forex exchange issues. However, stellar also handles remittance, making the platform hassle-free.

They act as a quick alternative for Bitcoin, which is scalable to a greater extent without mining. They can be traded anywhere around the world, including cross-border trades. As per Stellar News, Stellar has also partnered with IBM for the HyperLedger project, and the platform conducts ICOs, similar to Ethereum. Since then, the platform has gained popularity as it has a quick process, unlike the huge period of scaling and volatile transactions of the tokens of other platforms.

With the banks and financial firms included, the users can make the transactions or send money to international financial institutions with negligible processing fees using XLM. The transaction fees are minimal, mostly around 0.0001 XLM, which is less than $0.01. XLM also protects the platform from consumer attacks such as Denial of Service attack (DOS), which floods the network and prevents spam. Since every user pays through XLM, it eliminates future attacks making the platform secure for the other users.

Jed McCaleb, who was also co-founder of Ripple and Joyce Kim together, developed Stellar in 2014. Many considered Stellar as a sister company to Ripple. Therefore, McCaleb has cleared the confusion by saying that Stellar is different in many aspects, including different codes.

Stellar is mainly based around the idea that focuses on making financial transactions affordable to people, while Ripple assists the financial firms. The hierarchy is also different in the two platforms. Since Ripple is a commercial platform, it takes a top-down approach and does not include the operational costs. On the other hand, Stellar takes the decentralized approach, with the open-sourced code and has a bottom-up hierarchy.

Though the two platforms work with the cryptocurrency, they work differently. Unlike Ripple, the platform conducts ICOs, which allows the crypto startups to create their native tokens. Stellar has been designed to be more accessible, with a modifiable codebase and distributed ledger framework.

History of the Stellar Logo

Stellar has also modified its earlier cartoon ship logo, as it did not have an intellectual element making it look non-serious for corporate activities. The company has hired Kurppa Hosk to redesign the logo, and in March 2019, the company revealed its new logo, which includes a circle, with two lines cutting through it like bitcoin and dollar symbols making the circle look like an indistinct S. The rebranding has certainly made the logo versatile and pedagogical.

Stellar had initially launched 100 billion XLM as an opening offer, but the market conditions kept on varying. Currently, there are 50 billion XLM in the total supply and 20.7 billion in supplying the circulation.

The stellar Development Foundation, in 2019, said that they are cutting down over half of their cryptocurrency supply, which makes the total supply around 30 billion XLM as one-third of the revenue is reserved for blockchain venture investments. The remaining capital is reserved for marketing and promotion.

The company aims to limit the cutting down of the XLM, and according to the recent price predictions done by the Economic Forecasting Agency, the XLM hopefully reaches $0.95 by the ending of 2020. However, with the current market conditions, the XLM remained to stay at $0.04. There are different predictions regarding the price of Stellar. For furthermore information about the Future price prediction of Stellar Lumens,  please click here.

In conclusion, Stellar is a remarkable and appealing project with attractive features targeting the crypto space. Though there are many other platforms in the field, the platform has rapidly evolved as it took a different take on financial objectives. Along with the partnership with the financial giants like IBM, the platform also allows for quick transactions with minimal fees for cross-country trades. With the increasing popularity, the company has collaborated with several others to make new changes in the crypto space while encouraging startups.

With its bottom-up approach, the platform allows for accessibility and increases the connection with global communities, promoting financial literacy among the underprivileged communities. As every platform’s success is evaluated according to its popularity and usage around different classes, Stellar certainly fulfills the criteria, making the platform versatile.

Stellar Lumens (XLM) is the 14th largest crypto in the market, but it is not enjoying the...

Please active sidebar widget or disable it from theme option.